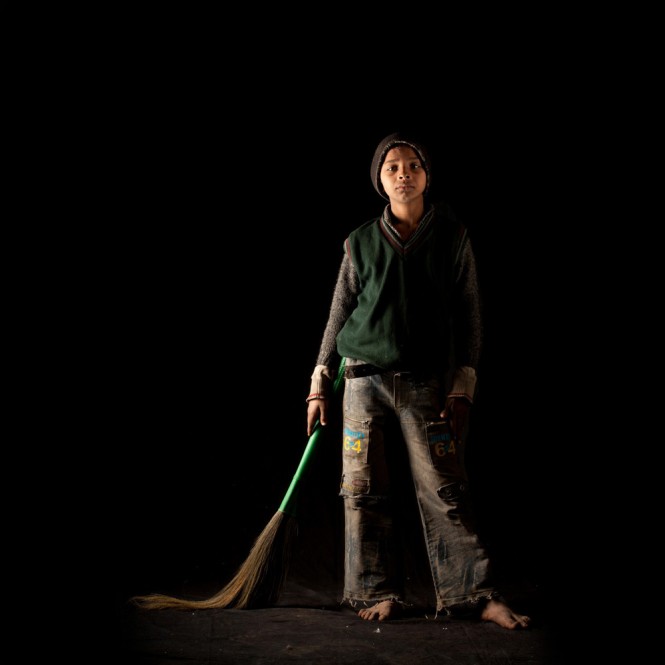 One day we had gone to meet my Aunt at her place in Bihar. We had taken two cartons of
grapes with us. It was around twelve at night. When we were coming back we saw a witch.
She was dressed in white. When we asked our Aunt who she was she asked us not to listen to the witch and run. We ran from that place and reached our house. Then from Bihar we came to Delhi. We have stayed in Delhi for many years. My childhood was spent here.

I collect garbage and sell it. I get between Rs. 100 to 300 which I deposit with the Bhaiyas.
That money is useful for me in the future like when my father or mother get sick.

One day the “shamakotis” kidnapped me. They are the people who sever children’s limbs and make old people blind by taking out their eyes. They trouble the poor people. We tell other kids not to beg at night. The shamakotis catch them, sever their limbs and make them beg. I didn’t know anything about them. My mother came and rescued me.